Chef Osaka was born in Tokyo in 1972. Following what felt like a natural path to becoming a chef, he studied at Yokohama Culinary Institute, where he specialized in French cooking. He started down the path of Japanese cuisine after being assigned to it on a job. He took that opportunity to devote himself to kaiseki course and traditional Japanese cooking, with the goal of setting out on his own at age 40. A senior apprentice at [Ginza Asami] gave him the advice that if he wanted to start his own restaurant, he should do it as soon as possible, so when he was 35, he opened [Higashi-Azabu Osaka]. In April 2015, he opened a second location, [Nihonbashi Osaka], where he now displays his talents. 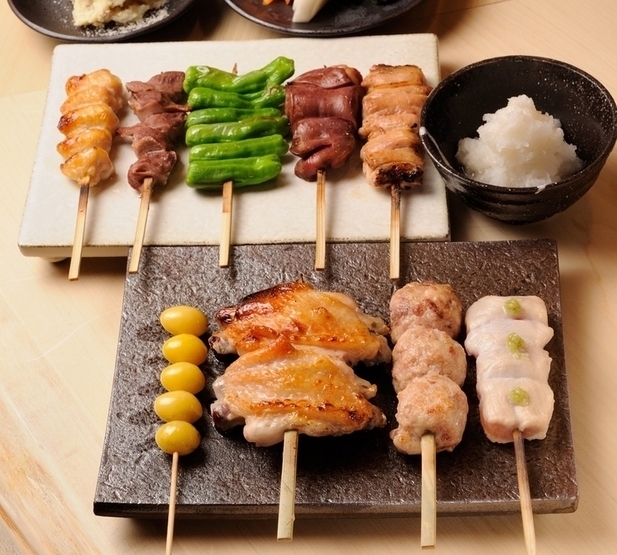 The Reasons Why I Recommend.
I like yakitori, so there are many Yakitori stores that I love. It is difficult to choose one, but this is one of my favorite hotels in Akasaka. It's a great place to have a delicious meal and a cozy space.

Access
A six-minute walk from Mitsukoshimae Station. Head left from Exit A6, cross the Honmachi Ni Chome traffic signal (toward the east), and turn right. Turn left at the second corner, and the restaurant will be 100 meters ahead on the left.

Search for attractions near Nihonbashi Osaka