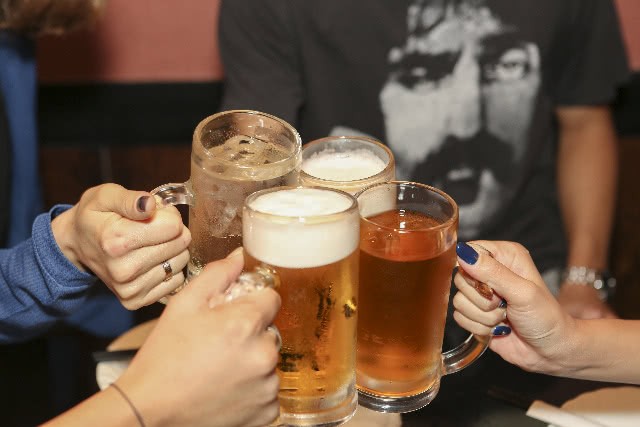 Japanese alcoholic beverages run the gamut from bittersweet nigorizake (cloudy sake) to robust lager beers, subtle whiskys, and shochu that dances across the tongue. Drinking has long been an indelible part of Japan’s social fabric, and today it is common to see people raising their glasses in a gesture of “Kampai!” (cheers), savoring a quiet nightcap at a favorite haunt, or chatting over a glass brimming with a fragrant tipple. Once you discover the diverse range of beverage options—as well as the varieties of each—you will no doubt want to join them.

END_OF_DOCUMENT_TOKEN_TO_BE_REPLACED 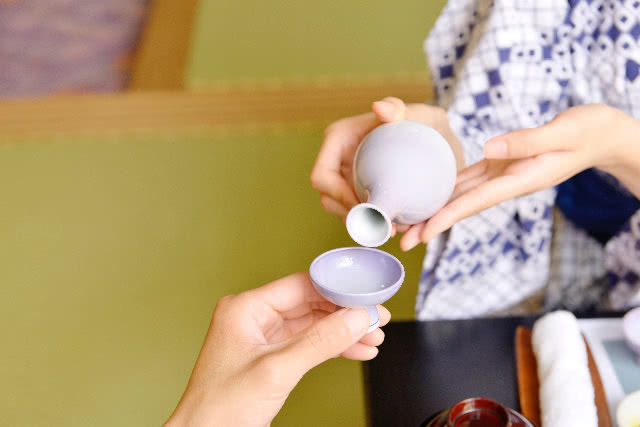 The term “sake” is used for both nihonshu, Japanese rice wine, as well as to broadly refer to alcohol in Japan. Sake is created through a process that closely mirrors beer brewing.

Among the plethora of Japanese alcoholic drinks available, sake is perhaps the most traditional. Each variety is classified differently depending on the brewing method and the percentage to which the rice has been milled; this percentage, in turn, profoundly affects the overall taste and body one can expect. The three main types of sake are:

Junmai-shu is the purest type of sake in that no additional sugar, starches or alcohol is added. Only 30 percent of the rice kernel is milled, resulting in a robust, full-bodied sake.

Honjozo-shu is made by milling 30 percent of the rice kernel and adding a small amount of distilled alcohol. This addition is key, as it slightly smooths out the flavor of the sake and also creates a comparatively fragrant brew.

Ginjo-shu is a far lighter-bodied sake, as only 40 percent of the rice kernel is milled in order to create it. As with honjozo-shu, distilled alcohol is added to enhance the fragrance and sublime smoothness of the final product. 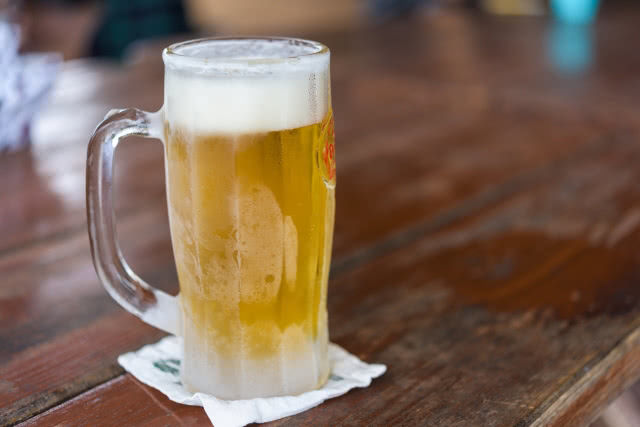 First introduced by Dutch merchants in the 17th century, beer proved so popular in Japan that scarcely two centuries later it was already being produced locally. In fact Sapporo, which is now an internationally renowned Japanese beer company, was actually one of the first breweries to be established in Hokkaido in the late 1800s. Beer remains a staple of Japanese alcoholic beverages today, with several well-known national beer brands competing for the affections of drinkers nationwide.

Japan’s original beer brand remains a market leader today. It was first exported to the United States in 1964, and soon after U.S. breweries were established to meet the high demand for the top-selling Asian beer. The most coveted beer in the line up is Sapporo Premium; there are also Sapporo Reserve and Sapporo Light beers. Beyond beer, Sapporo Brewery now boasts a wide range of alcoholic products tailored to diverse tastes.

Also brewed by Sapporo and positioned as its luxury beer brand, Yebisu is another bestselling Japanese beer. Premium which is a standard lager, and Black, which is a dark variation, comprise the two main beers under the Yebisu banner. It is a 100 percent malt beer and can be found on tap in most bars in Tokyo. The neighbourhood of Ebisu was actually named after the beer, as it is the place where it was originally brewed. Today the Yebisu Beer Museum is located there, and the chimes announcing trains into Ebisu JR Station sound out the music from the Yebisu beer ad, a lilting tune familiar throughout Japan.

Originally the Japan Brewing Company, Kirin Brewing Co, Ltd. was established in 1907. Kirin sells two beloved Japanese beers, Kirin Lager and Ichiban Shibori. The lager is a rice and malt beer, whereas Kirin Ichiban is a 100% malt beer and made with the first press of the beer, owing to its name Ichiban meaning “first” and “best” in Japanese.

Asahi hails from Osaka and is most known for its Asahi Super Dry lager, Japan’s first dry beer. Brewed with the addition of rice, Asahi has a light color and a taste to match, eschewing overwhelming malt or hop flavors for a more mellow flavor. 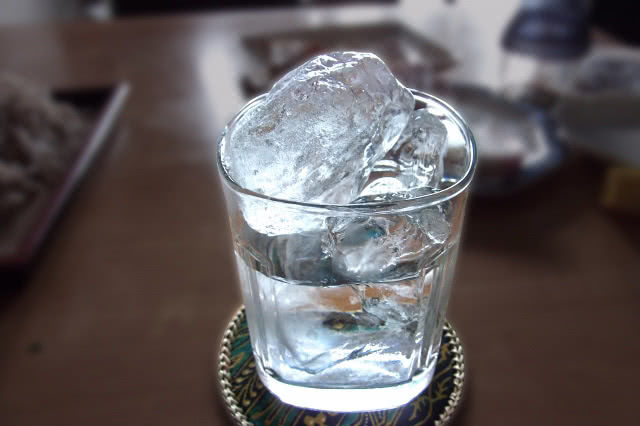 Shochu is a distilled liquor that, like sake, is a traditional staple of Japanese alcoholic drinks. In contrast to sake, which is made from rice, shochu may be made from other grains such as barley, or vegetables such as sweet potato or cane sugar. Sake and shochu also differ in regards to manufacturing process—while sake uses fermentation, shochu is distilled. This results in a much higher alcohol percentage in shochu, typically 25–35 percent.Shochu is commonly enjoyed on the rocks, can be mixed with tea or fruit juice, or served warm. Depending on what it is made with, each type of shochu possesses a surprisingly varied flavor profile.

Mugi shochu is made from barley, similar to that of whisky but both less aromatic and with lower alcohol content. It is a smooth and easy-drinking shochu that is perfect whether taken on the rocks or with a mixer.

Distilled from sweet potato, the most commonly consumed shochu in Japan is imo shochu, which might take a little time to get used to given how much more flavorful it is than the barley and rice varieties. It is best taken on the rocks or warmed, and has an earthy, slightly sweet flavor profile.

Kome means “rice” in Japanese, and thus it should come as no surprise that, similar to sake, kome shochu is produced using Japan’s most beloved staple. The distilling process results in a light tasting liquor with subtle aromatics. Kome shochu is perhaps most similar to vodka, but with a lower alcohol content.

Suntory whisky was Japan’s premiere single malt whisky, made in Japan’s first whisky distillery in Yamazaki, close to Kyoto. Based on the Scottish technique of whisky-making but modified to suit the Japanese palate, Suntory whisky is renowned for its smooth and clean flavor. Whisky highballs (blended whisky and soda) are an extremely popular drink in Japan, in the hot summer months and particularly with female drinkers.

Japanese Alcoholic Drinks Are Best with Friends and Food

Although these drinks can all be enjoyed alone, they are perhaps best sipped as a compliment to a wonderful meal in the company of friends—whether it's at a high-end kaiseki in historic Kyoto, a sleek Ginza sushi joint, or a lively Shibuya izakaya. Browse Savor Japan’s restaurant and bar listings to discover the unique range of Japanese food and drinks on your next trip.
Disclaimer: All information is accurate at time of publication.