From a part time job at a restaurant, straight to becoming a chef.

Born in Nara prefecture, 1976. Using a part time job as an opportunity, he started his career. Afterwards, he trained for 11 years at "PIATTO", an Italian restaurant with a focus on Roman cuisine. His present restaurant opened in Nara city in June, 1995. Carrying on the intention of the restaurant he trained at, he gave the new restaurant the name "BEKKAN." Furthermore, following the closing of "PIATTO, in April of 2014 he went to "Ristorante Borgo KONISHI." Everyday he makes Italian local specialty dishes with ingredients from Japan.

The Reasons Why I Recommend.
An impressive French restaurant in Kitashinchi. You can ask a la carte, but I got it on the course. I still remember the foie gras and corn soup. It has a clean taste without the smell of foie gras, and the lingering linger is long after eating. It was delicious enough to eat. The other is "Sea urchin cold pasta". As for Italian, pasta made by French tend to tilt its neck, but it was delicious. I think that it is a well-known store with high quality, including the breadth and depth of insight there. 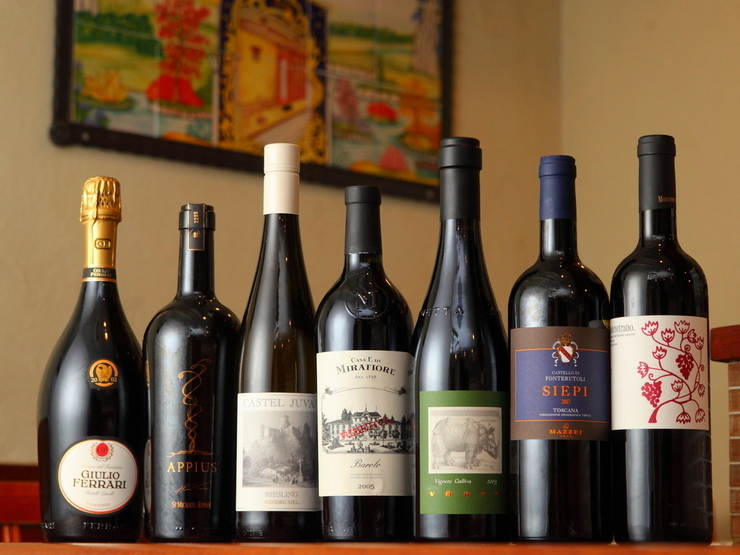 The Reasons Why I Recommend.
I went to Osaka when I went to Osaka in Trattoria which I was interested in seeing a magazine. It may be a breeze, but the calm atmosphere where the senior regulars were relaxing was also good. Among the dishes I have received, I can not forget the natural vat made with charcoal. It is natural, but it has a clean taste without odor. If you ask, the chef may have worked at the market to get the fish right. From that experience, we can offer unusual ingredients that can not normally be received, and we can also make good use of fish in general.

Access
1 minute walk from Kintetsu Nara station; go straight down Konishi Sakura street, and it will be on your right.