His experience with French cuisine has shaped his current culinary style

Our chef was born in Osaka in 1961. At the age of 50, this year marks a turning point in his life as the successor to the established restaurant Kigawa. He first entered the the world of cooking at the age of 19 just for the experience, but he found he wanted to learn more, so he trained in French cuisine. After about five years, he returned to Kigawa, where he has worked for 30 straight years since. He incorporates French culinary techniques in an original style that allows his Osaka-style restaurant to flourish. 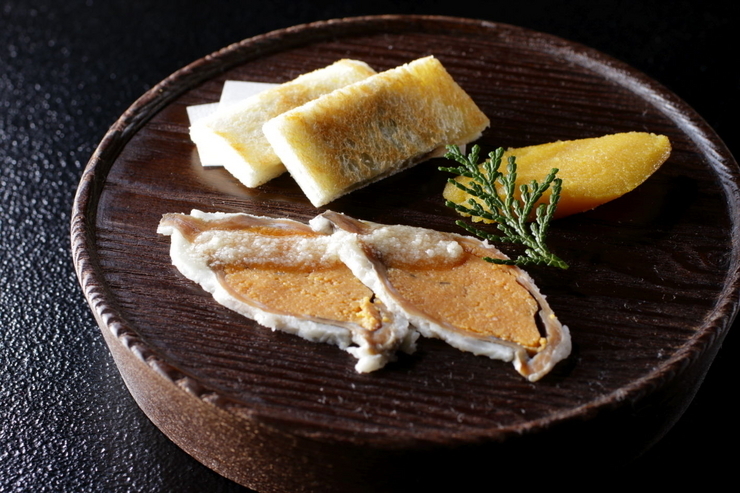 The Reasons Why I Recommend.
Speaking of Shiga prefecture's local cuisine, you can enjoy the famous “Funa Sushi” and many other specialties that focus on fermented dishes. The view is good because it is near Lake Yogo, and the accommodation facilities are also available, so it would be nice to be able to use it together.