His dream since he was young has come true. A chef who is always seeking delicious tastes.

He was born in 1980 in Saitama prefecture. When he was young, he was fascinated by chefs on TV and cartoons and decided to be a chef himself as well. After graduating from high school, he started training as a chef at [Kappou Tappi], since then he has been seeking for delicious tastes in the field of Japanese cuisine. Being influenced by his master chef under whom he worked, he follows the traditional ways of Japanese cuisine, however he also receives a high reputation by using western ingredients such as caviar and truffle to create more delicious Japanese dishes.

The Reasons Why I Recommend.
8 minutes walk from Hiroo Station. A restaurant where you can enjoy Japanese cuisine that actively incorporates various genres of ingredients. It is a restaurant where you can eat delicious food whenever you visit without removing the basics of Japanese food. A house that is often stimulated as a chef and is important.

The Reasons Why I Recommend.
A 5-minute walk from Gotanda Station [Restaurant May]. A restaurant where the chef's personality is good and you can enjoy modern and classic French cuisine in a classic way. In addition to Japanese food, I try to touch dishes of various genres in order to improve my taste. One of my favorite ones among them. 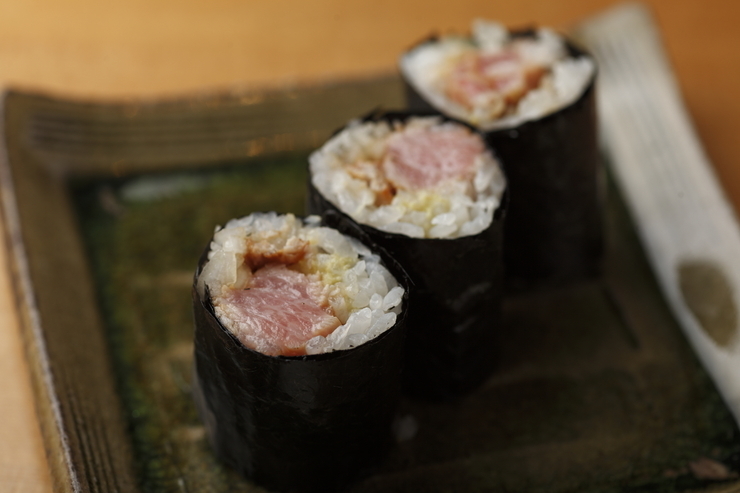 The Reasons Why I Recommend.
3 minutes walk from Ebisu Station. A special place to enjoy the Edo fort in a comfortable space. Both grips and knobs are applied for a while and you are always impressed. When you want to eat delicious chopsticks, make a reservation and look forward to it.

Search for attractions near Kappou Sanchou