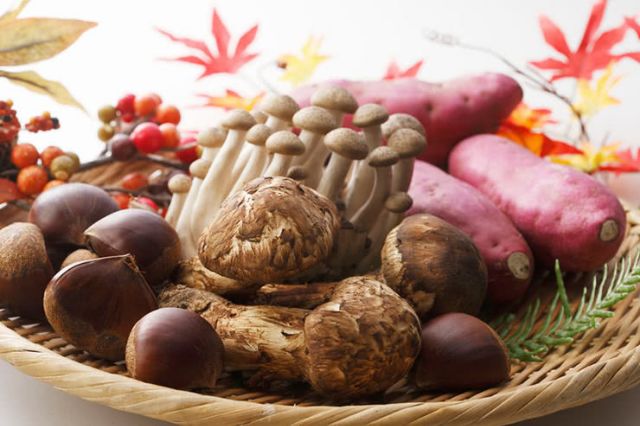 As the days grow cooler and the foliage turns to red and gold, the long humid days of Japanese summer give way to autumn, Japan’s traditional season of food and dining. Known as shokuyoku no aki, or the “season of hearty appetites,” the fall harvest is the best time to enjoy a bountiful selection of Japanese ingredients at their very peak. Read on for 13 autumnal ingredients as well as featured Japanese autumn food to try. 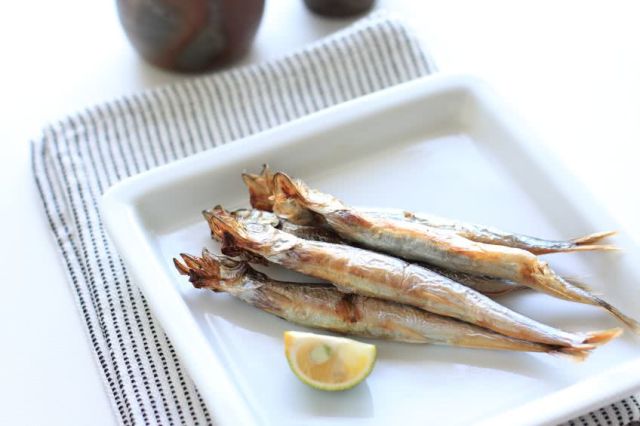 Shishamo (smelt) is a small saltwater fish that holds its own special place as a popular Japanese autumn food and ingredient. Due to its diminutive size, shishamo has such fine bones that it can be eaten whole, including the head and tail. It’s typically grilled as an appetizer, side dish, and even an entree, and is considered a particular delicacy when the smelt fish is harvested with its roe, as the eggs fill the entire fish adding to the flavor.
Read more about shishamo 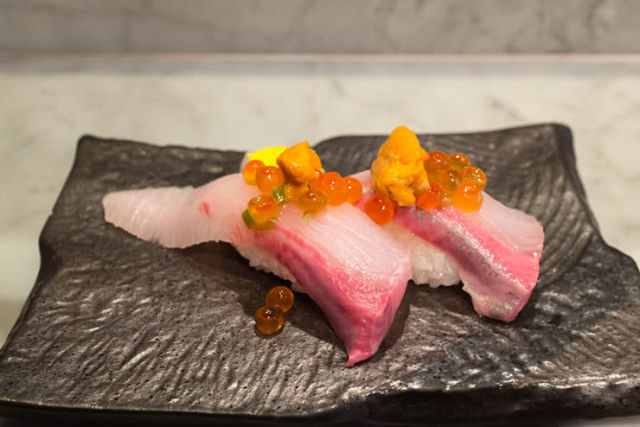 Kampachi is the Japanese name of the yellowtail amberjack fish that’s harvested in autumn. Amberjack goes by different names in Japan depending on its size and the season. Autumn amberjack is a young fish with pale, firm flesh and a hint of sweetness. The meat is less fatty and oily than winter amberjack, which gives it a delicate flavor that tastes excellent in sushi and sashimi with a bit of salt and citrus.
Find a restaurant serving kampachi in Japan 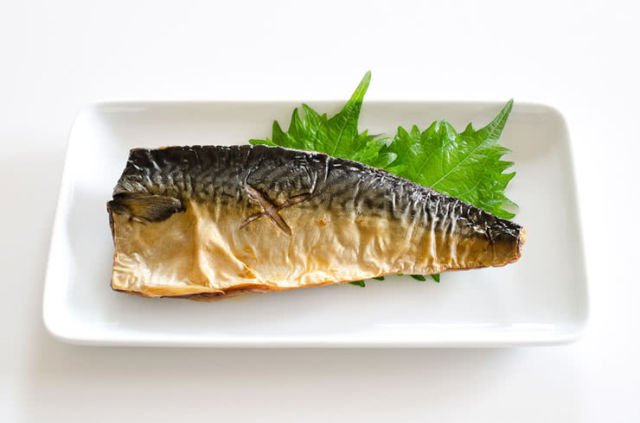 Saba (mackerel) has been a Japanese autumn food for centuries. It’s best between late autumn and winter and has a strong fishy flavor with a rich and creamy texture that can be eaten a number of ways, including pickled, braised, and grilled in salt. As it spoils quickly, saba was historically salted and cured; this cured saba was the main ingredient in traditional Kansai oshizushi (box-pressed sushi), as fresh fish was hard to come by in the Kansai region before modern refrigeration.
Try saba sushi at Japanese Restaurant Kodama 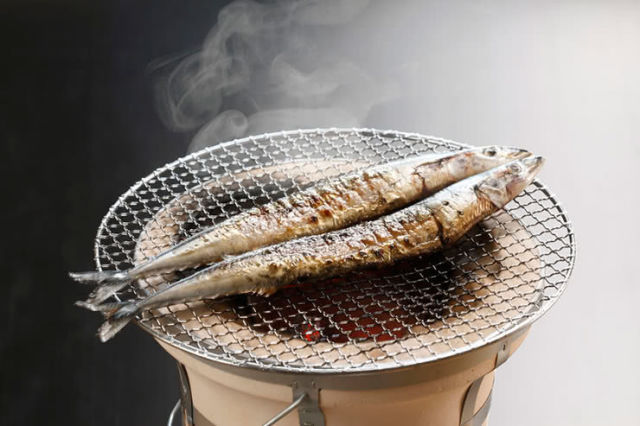 Sanma (Pacific saury), a silver-skinned fish with a rich flavor, is a favorite among the many Japanese fall dishes. In Japanese, its name literally means “autumn knifefish,” a reference to its knife-like shape and the season when sanma is most delicious. A meal of grilled salted sanma, garnished with grated daikon radish and accompanied by a bowl of white rice and miso soup, is the quintessential autumn repast.
Find a restaurant to eat sanma in Japan 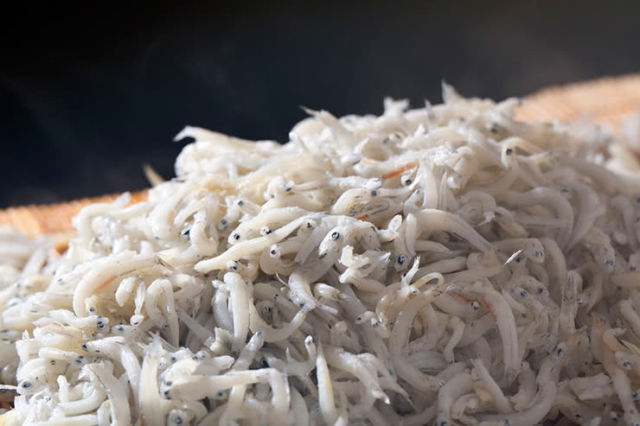 Shirasu are tiny baby anchovies or sardines harvested from spring through autumn. They can be eaten raw or boiled and dried and have a delicate flavor that tastes of the sea. Fall is the best time to eat shirasu, as the tiny fish put on fat for the winter, lending them an excellent flavor that fittingly complements a number of other Japanese autumn dishes.
Try shirasu cuisine at PICCOLO VASO 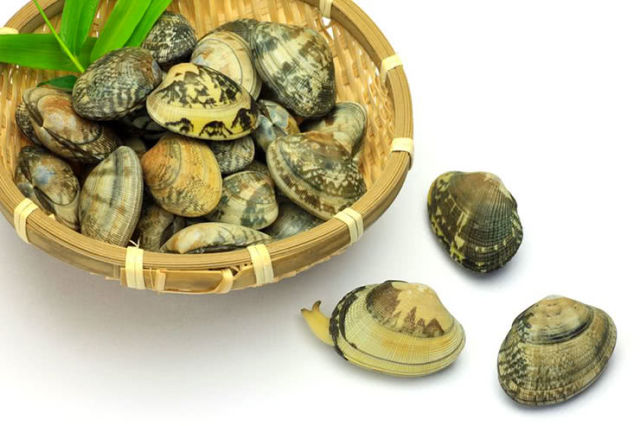 Asari (short-necked clam) is a clam whose tiny size is more than outmatched by its bold taste. Commonly used in miso soup and Japanese-style wafu pasta, this delectable shellfish can be cooked together with rice to make steamed asari-gohan, another standby for those who love Japanese autumn foods. 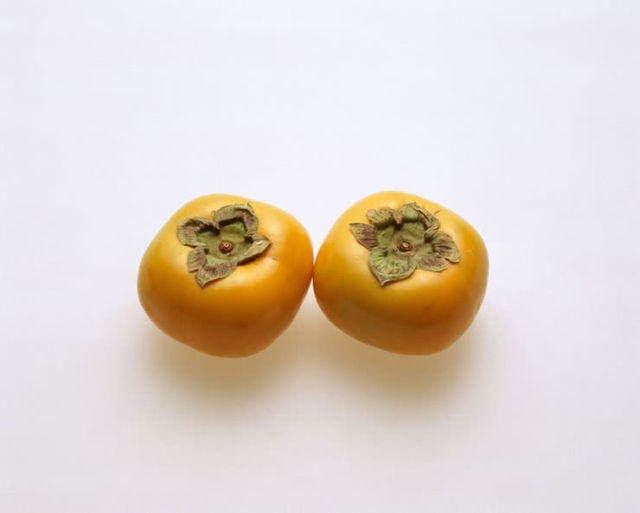 Kaki (persimmons) are a luscious sight in the fall, hanging from tree boughs against the gray autumn sky. Persimmons come in sweet and bitter varieties, and can be eaten raw or dried (hoshigaki). The astringent variety of persimmon actually becomes much sweeter after being dried and stores well over winter.
Find a restaurant in Japan serving persimmons 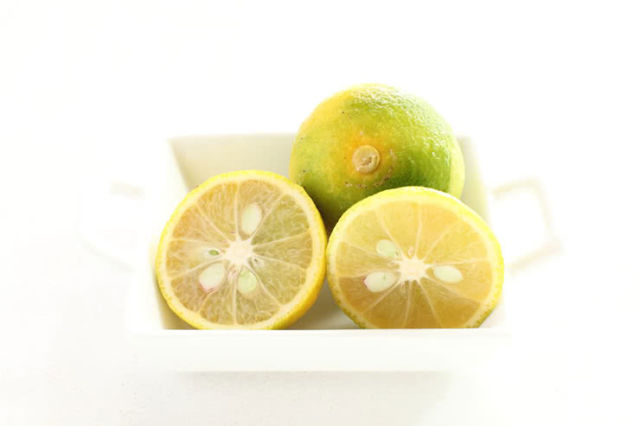 Yuzu and sudachi are two kinds of Japanese citrus fruits that come into season from autumn. Yuzu looks like a yellow satsuma mandarin but is much more sour and can be used for everything from a cooking ingredient to a natural bath product. Sudachi is a very small green fruit that’s similar to a lemon or a lime. It’s frequently used to garnish traditional Japanese dishes, including udon noodles, matsutake mushrooms, and grilled fish. 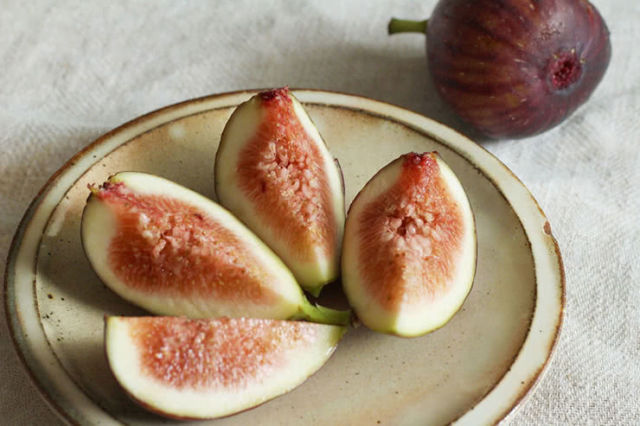 The fig may not seem like a Japanese ingredient, but this Middle Eastern fruit, which arrived to Japan in the 1600s via China, has been grown for so long in Japan that it’s known by a Japanese name, ichijiku. The fruit is usually peeled and eaten raw in Japan, but ichijiku is also enjoyed as dessert, baked into tarts or cooked into a jam.
Read more about Japanese figs 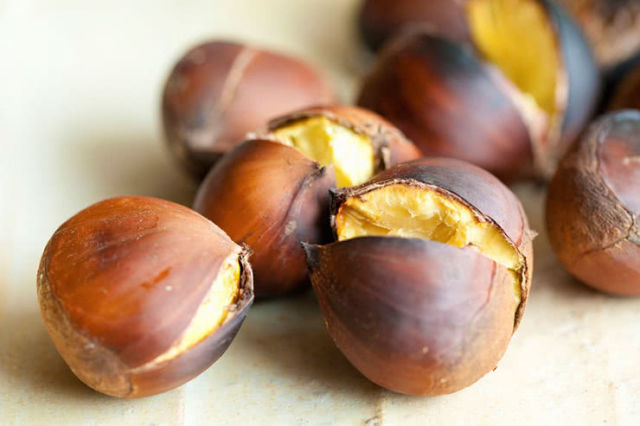 Kuri (chestnut) is a nut that has been cultivated in the country since ancient times and is now a favorite Japanese autumn food. It can be roasted as a snack (yaki-guri), with street vendors appearing from autumn and hawking their roasted chestnuts through the winter, or cooked together with rice (kurigohan). Chestnuts are also used in a number of traditional Japanese sweets (wagashi) as well as Western sweets like mont blanc cake. 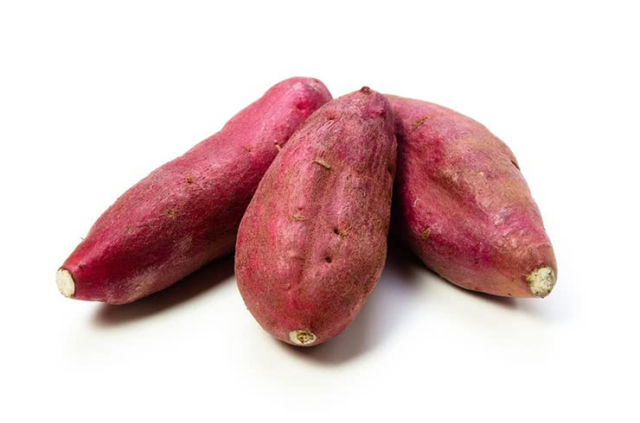 Satsumaimo is a reddish sweet potato that’s widely available in autumn. It can be mashed, deep fried, or boiled in savory dishes or baked for desserts such as sweet potato tarts. Yaki-imo sold by street vendors are a common sight in the fall. A Japanese squash or pumpkin with bright orange flesh, kabocha has a fluffy texture, and a sweet and nutty flavor. It can be prepared all manner of ways, from deep fried in tempura to braised in soy sauce and dashi broth. Although available year-round, kabocha tastes best in autumn when it has a sweet, smooth flavor.
Read more about Japanese kabocha 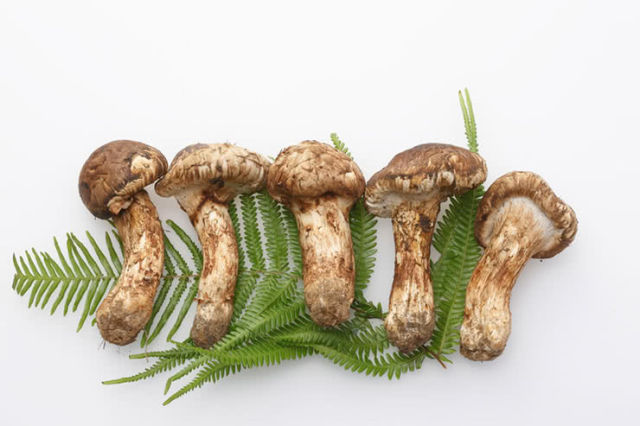 Japan is home to a rich variety of native mushrooms that reach peak season during the colder months, becoming part of the rich medley of Japanese autumn dishes. These include maitake, eringi, shimeji, and the king of Japanese mushrooms, matsutake. Maitake is a mushroom that grows in flower-like clusters and has a meaty texture with a nutty flavor. It’s delicious when fried as tempura and eaten with soba or udon noodles. Eryngii mushrooms have a firm texture that holds up well in soups and stir fries, particularly sauteed in soy sauce and butter. Shimeji mushrooms have a natural astringency when raw that disappears when cooked. They pair excellently with seafood due to their shellfish-like flavor. The matsutake mushroom has been enjoyed in Japan for several millennia and is one of the rarest and most expensive mushrooms in the world as it can only be found on the roots of the pine tree in autumn. Matsutake is renowned for its incredible taste, which can be enjoyed grilled, steamed with rice, or cooked in a delicate egg custard. For a satisfying taste of Japanese fall dishes including the finest mackerel, visit in Kyoto for their specially-made Homemade Oil-Pickled Mackerel Pizza. Goichi pickles the mackerel in olive oil in their very own kitchen for a superb, mature flavor that delights the palate. At Ginza’s Wakuta restaurant, the first matsutake mushrooms of the harvest are paired with savory conger eel in their Fresh Conger Eel and Matsutake Mushroom Stew. Garnished with a slice of sudachi citrus, this dish is bursting with autumn flavor. Their Fried & Breaded Matsutake Mushrooms also combine harvest season mushrooms with Japanese ebi-imo yam and a fresh squeeze of fall sudachi. If culinary mixing is your preference, enjoy a fusion of French and Japanese cuisine with the Lucullus terrine at Tateruyoshino Bis in Shinbashi, which combines layers of beef tongue and foie gras with a beautiful puree of autumn persimmons.

Japanese Autumn Food is Shaped by the Finest Ingredients

From roasted chestnuts and baked sweet potatoes to savory grilled fish and steamed mushroom rice, autumn in Japan offers a plentiful range of seasonal ingredients that are sure to sate even the heartiest of appetites. Browse Savor Japan for a full list of restaurants offering delightful Japanese autumn dishes.
Disclaimer: All information is accurate at time of publication.