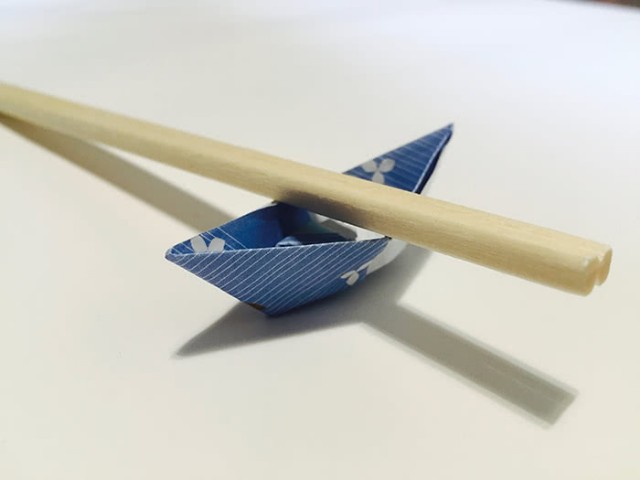 While making your epicurean travels through the metropolitan hubs and back roads of Japan, you are likely to find yourself with a pair of bamboo chopsticks in hand. Whether dining in upscale eateries or hole-in-the-wall ramen shops, we invite you to add a dash of charm when dining out with chopstick holder origami. Keep reading below to learn how to make a whimsical origami boat or try your hand at the grandeur of Mount Fuji or a graceful swan.

How to Make an Origami Chopstick Holder Boat

Note: If the chopstick wrapper has color printed only on one side, begin folding with the white side facing you. 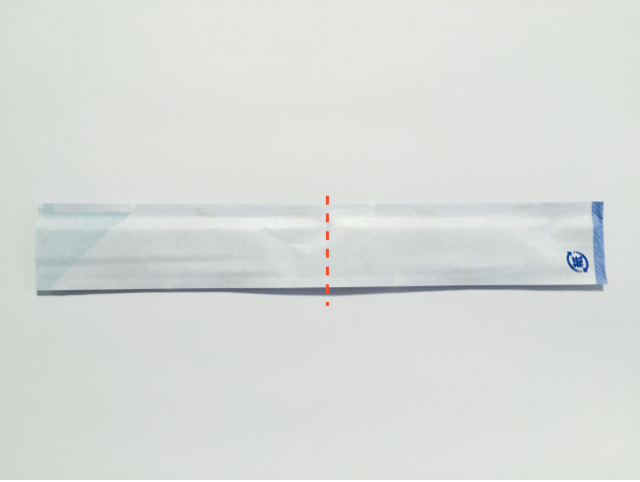 Fold the chopstick holder in half lengthwise. Unfold. 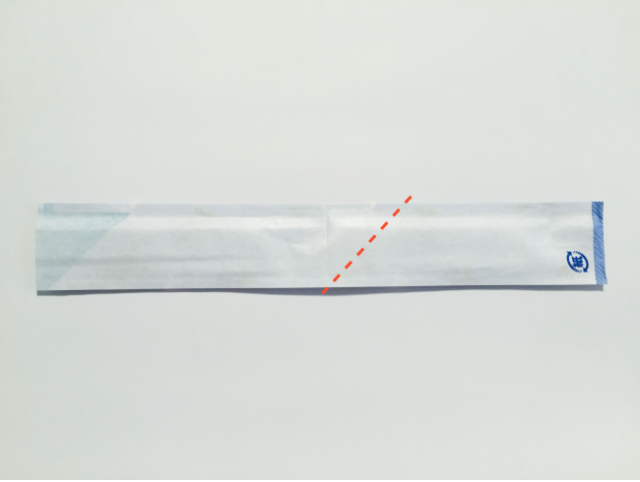 Using the crease from Step 1 as a reference, fold the right half of the chopstick holder up so that it is perpendicular with the left half and lines up with the center fold from Step 1. 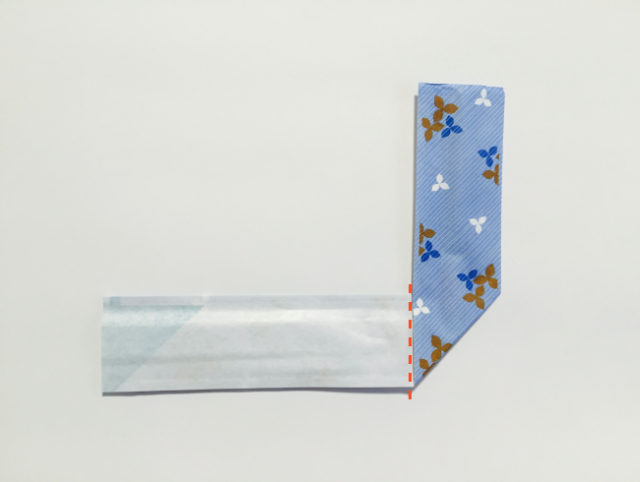 Using the crease from Step 1, fold the left side over to the right. 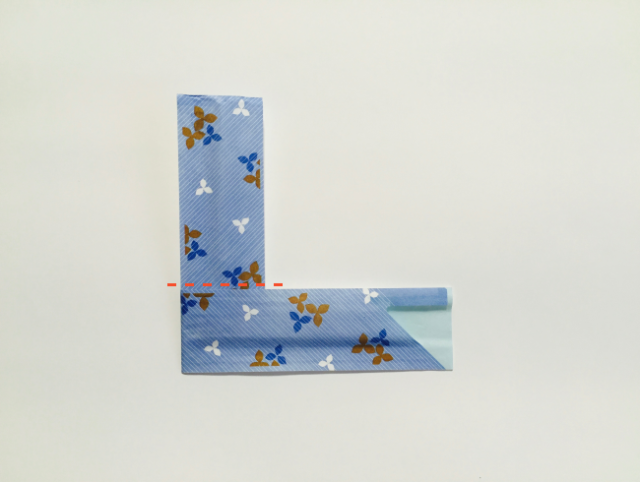 Fold the vertical half down as far as possible over the horizontal half. 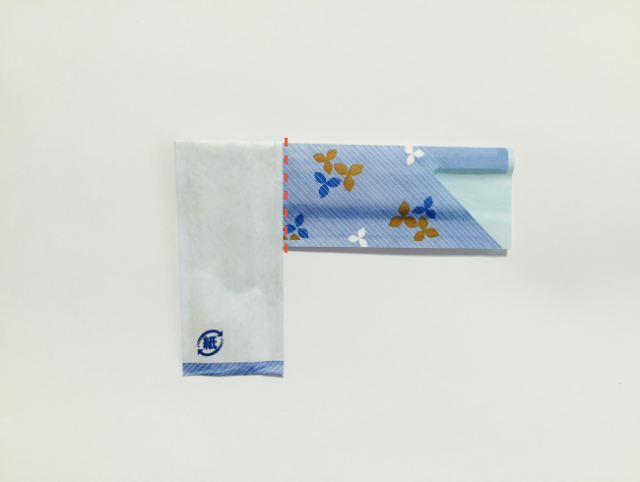 Fold the horizontal half to the left as far as possible over the vertical half. 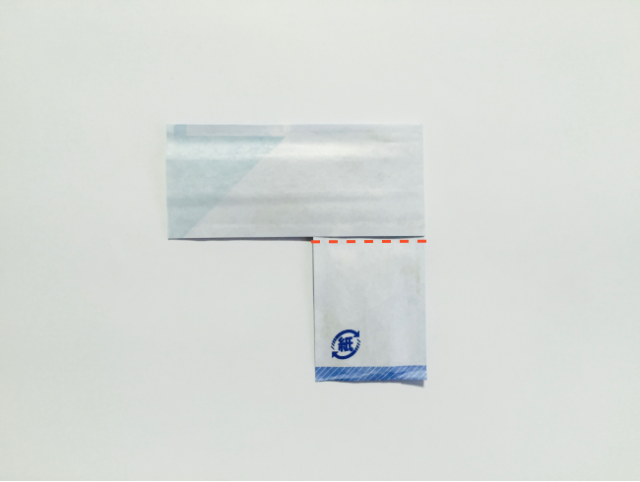 Fold the vertical half up as far as possible over the horizontal half. 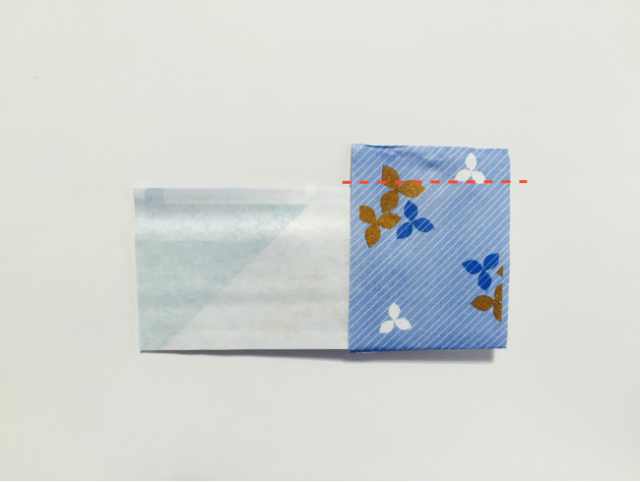 In Steps 3–7, you are trying to form a square. If there is still a little extra paper left after folding Step 6, fold it down so that the crease lines up with the top of the horizontal half. 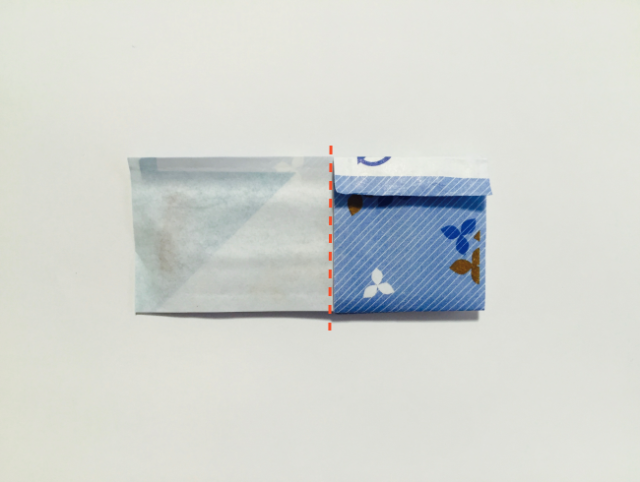 Fold the horizontal half to the right as far as possible over the vertical half. 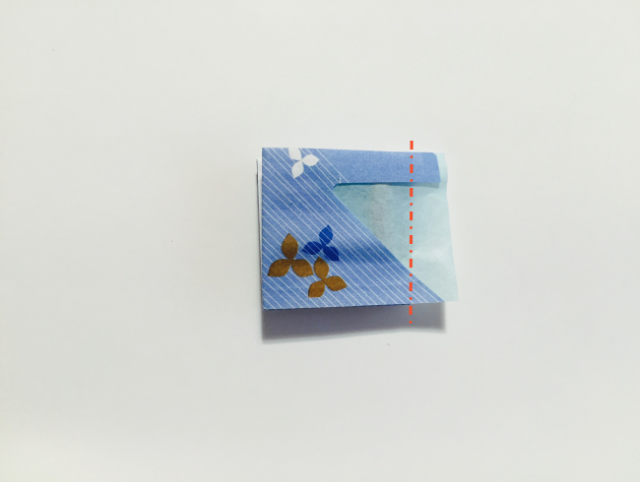 If there is still a little extra paper left after folding Step 7, tuck it into the pocket behind the horizontal half; the pocket should only be one layer of paper. 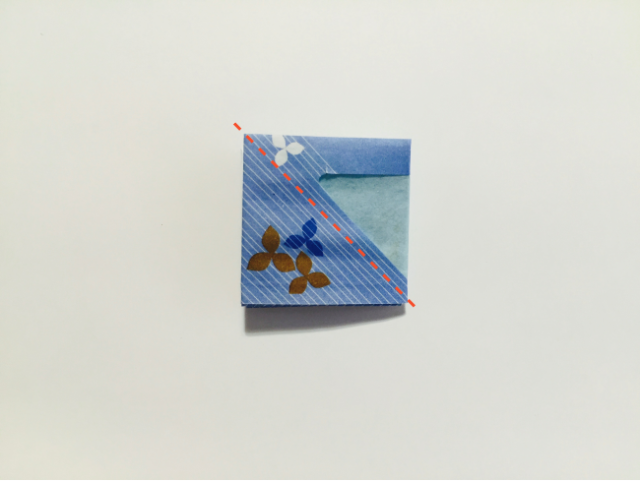 There should now be two flaps in the bottom-left corner. Fold the flap closest to you up and to the right so the bottom-left and top-right corners meet to form a triangle. 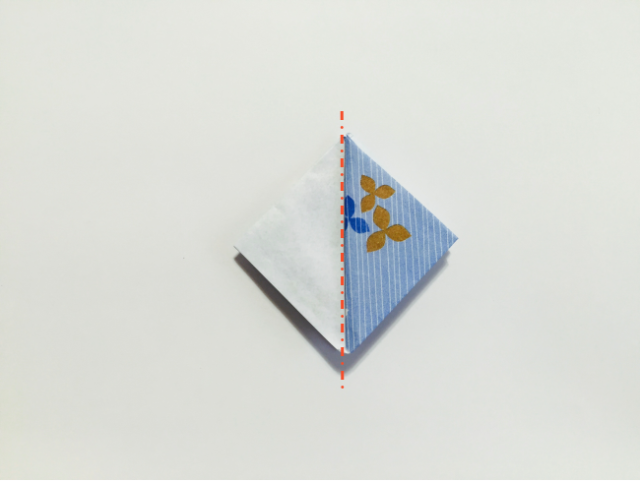 Repeat Step 8 on the back flap, folding it behind. 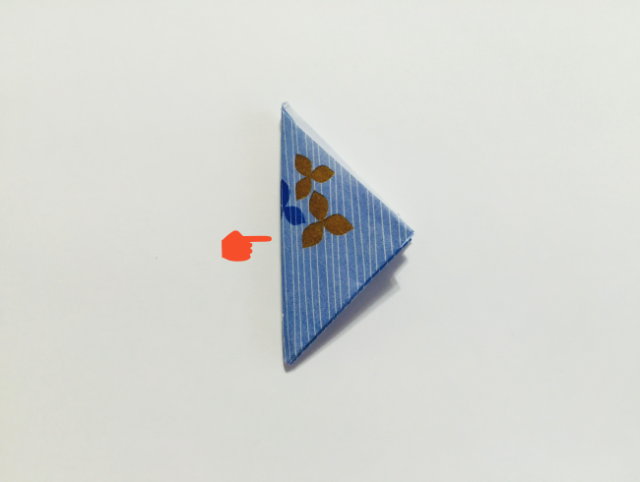 There is now a large pocket on the long side of the triangle. Insert your finger into the pocket to open it up, and with your other hand bring the top and bottom corners of the pocket together so that they touch. 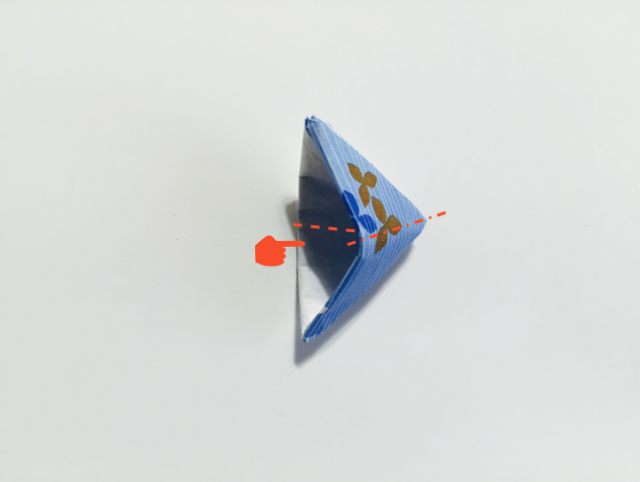 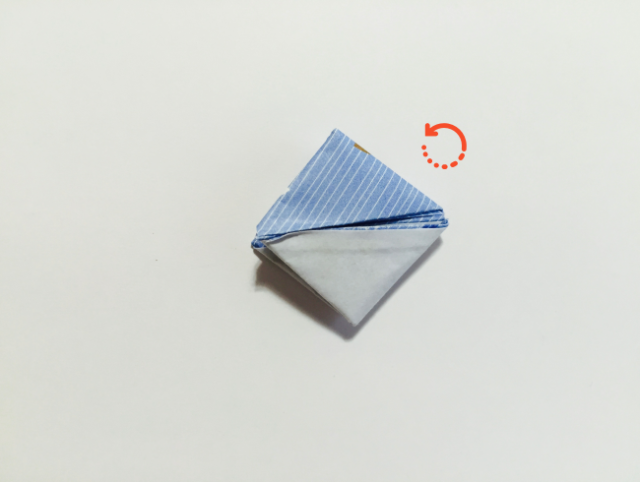 The triangle is now a diamond (or a square, depending on how it is rotated). Rotate so that that the corner with the hidden layers is facing up. 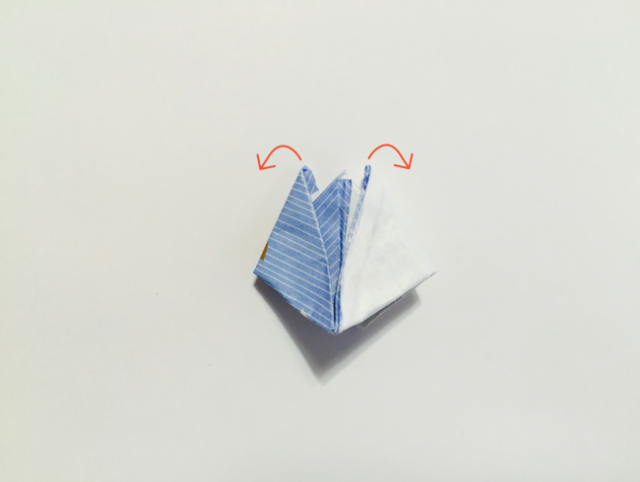 This step is the most challenging. Bring the two outside flaps located at the top down while exposing the center flap. 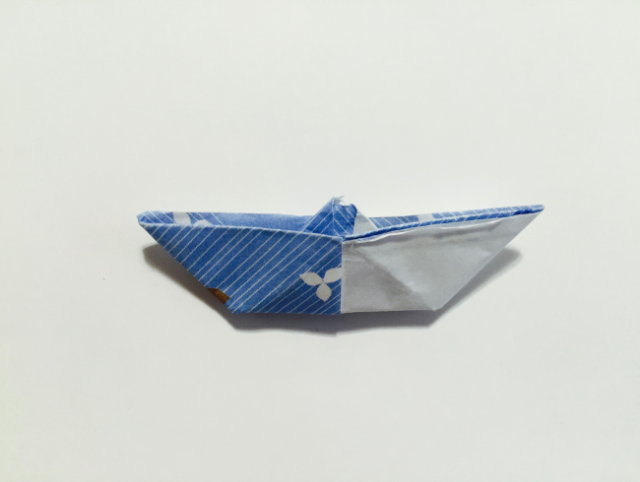 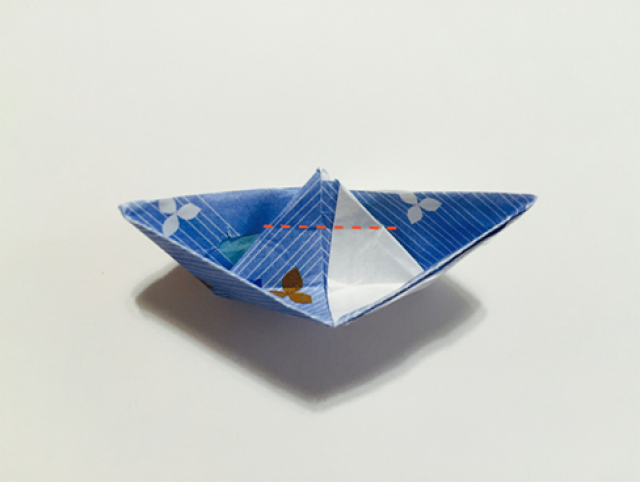 Fold down the flap inside the boat so that the tip of the flap touches the bottom. 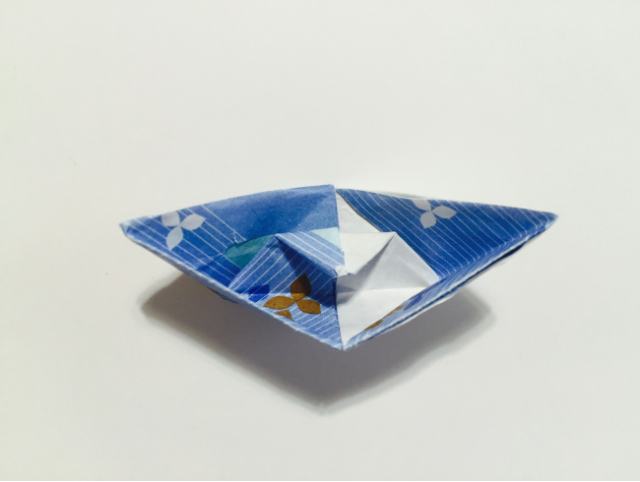 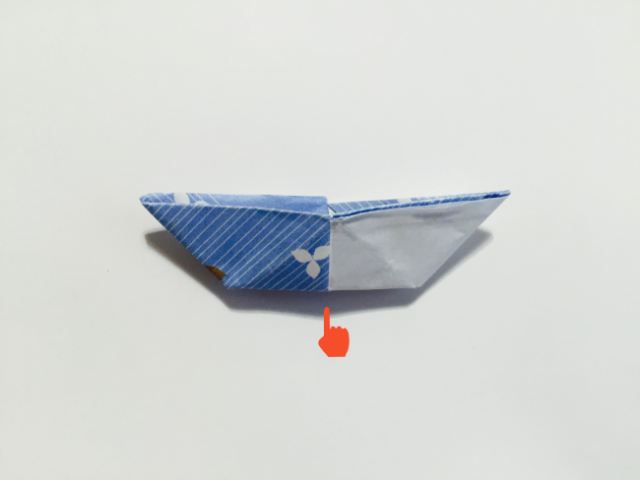 Open the base of the boat by gently inserting your finger into the pocket located at the bottom of the boat. 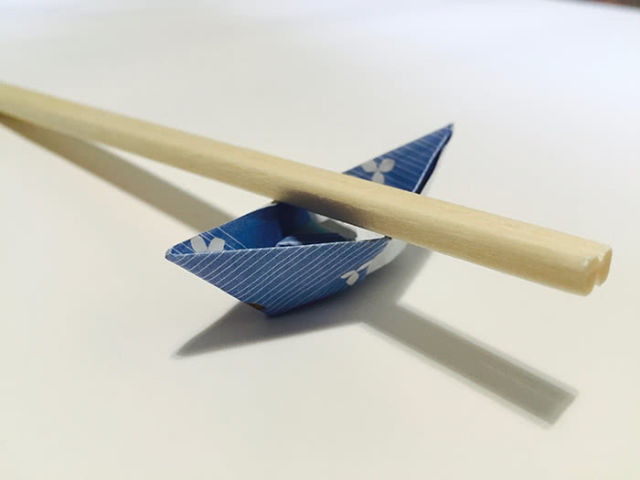 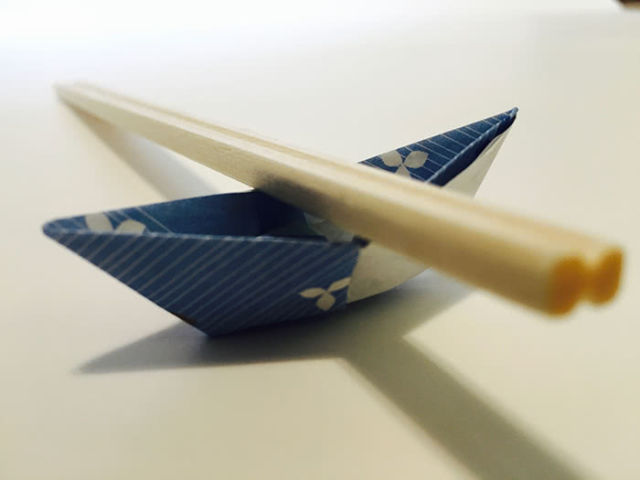