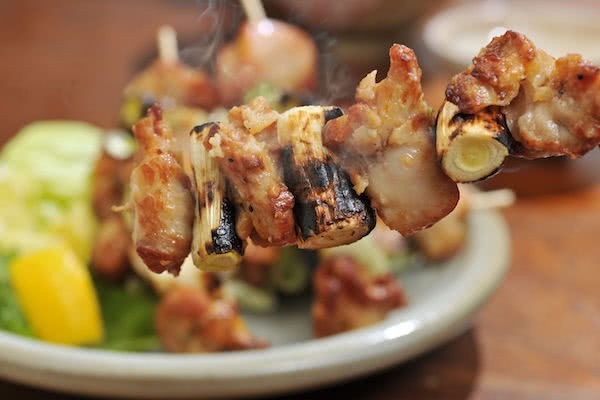 Japanese cuisine is one of the most popular foods worldwide, with sushi and ramen restaurants found all around the globe. Japan’s traditional cuisine, known as “washoku”, is prized for its balance of flavors, use of fresh and healthy vegetables, and focus on harmony with nature. Read on for a list of Japanese foods to try. 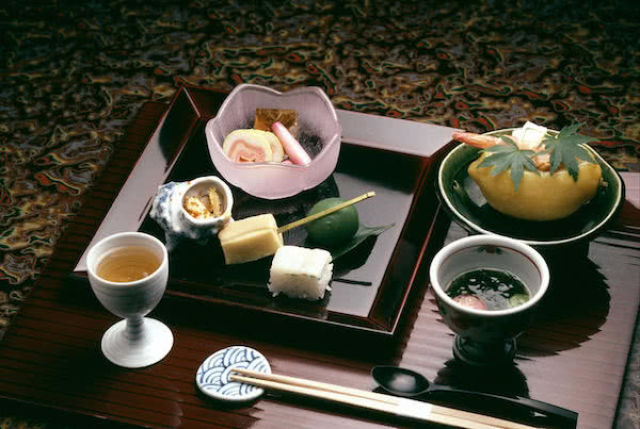 Kaiseki dining is Japan’s traditional haute cuisine, a tasting course of small dishes made with fresh, seasonal ingredients cooked with great precision. It originated as part of the traditional tea ceremony, when small bites of food were served with the tea, and over time developed into a full multi-course meal. The techniques used in kaiseki are meant to draw out the natural flavor of the ingredients, rather than mask them in heavy sauces or seasoning, and each dish is carefully plated to represent seasonality.Browse kaiseki restaurants in Japan 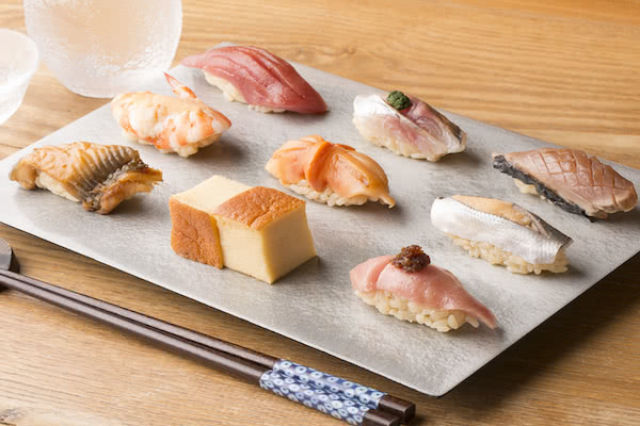 Sushi is at the top of most people’s list of Japanese food to try, and with good reason. Although sushi has become a favorite food around the world, adapted into intricate sushi rolls topped with some decidedly non-Japanese ingredients such as avocado, cream cheese, and spicy mayo, Japan is still the ultimate destination for an authentic sushi experience. The history of sushi goes back several centuries, long before modern refrigeration, when salted fish was preserved on top of rice. This style was common in the western Kansai region, in particular, because places like Kyoto and Osaka located further away from the sea and didn’t have access to fresh fish. Initially, this rice was discarded but over time the rice came to be eaten together with the preserved fish. Places like Edo (old Tokyo) were located close to the sea, so sushi made with fresh fish and vinegared sushi rice became popular as a quick meal for artisans and laborers and became today’s modern “nigiri” sushi.Browse sushi restaurants in Japan 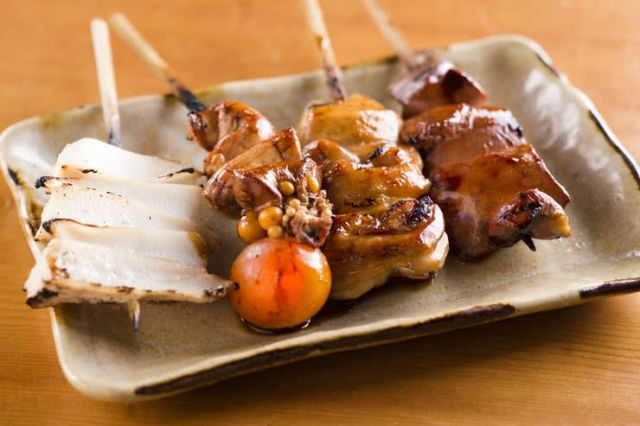 Yakitori is another essential food to try in Japan, a dish of grilled chicken skewers made with different parts of the chicken. Popular varieties include momo (chicken thigh), negima (chicken and leek), and tsukune (chicken meatballs). The skewers are seasoned with salt or dipped in a “tare” sauce after grilling and served with a variety of condiments like shichimi togarashi chili pepper, freshly ground wasabi, and umeboshi (pickled Japanese plums) paste.Browse yakitori restaurants in Japan 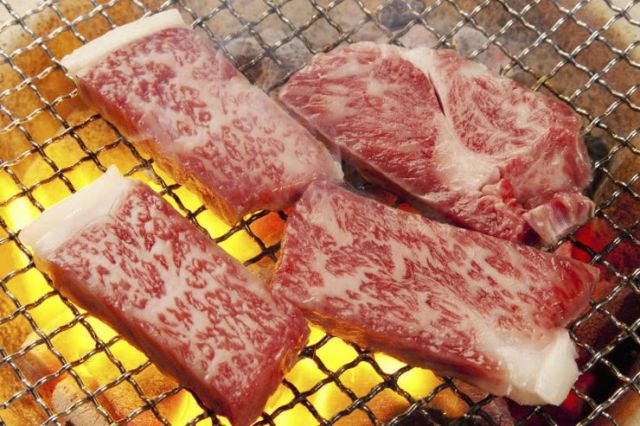 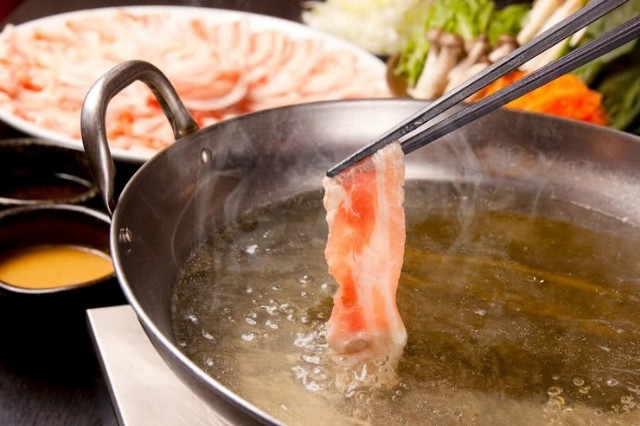 Shabu shabu is a type of hot pot dish featuring thinly sliced meat and bite-sized vegetables, and is an especially popular thing to eat in Japan during winter. Hot pot dishes have been eaten in Japan for centuries, but shabu shabu is an invention of modern times. It’s cooked tableside, with the raw ingredients added to a pot of boiling water and eaten as they are cooked, similar to fondue. The dish actually gets its name from the Japanese onomatopoeia “shabu shabu”, or “swish-swish”, which represents the act of lightly swishing the meat through the boiling water. The cooked meat and vegetables can be dipped in a citrus soy sauce called “ponzu” or a creamy sesame sauce called “goma-dare”.Browse shabu shabu restaurants in Japan 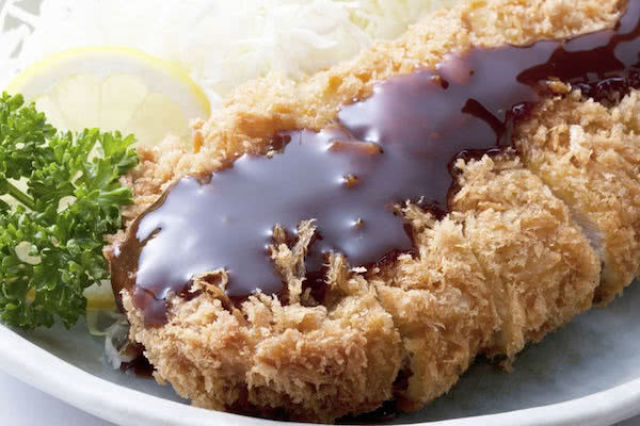 Tonkatsu is a crispy pork cutlet that’s breaded in flaky Japanese panko breadcrumbs and deep-fried. The dish is very similar to German schnitzel and became popular during the Meiji period as Japan was modernizing and aiming to eat a more Western-style diet. Tonkatsu is usually offered in two cuts, “hire” (a lean fillet) and “rosu” (a fattier cut of pork with a strip of marbling on the side), and served with finely shredded cabbage and a thick and fruity tonkatsu sauce.Browse tonkatsu restaurants in Japan 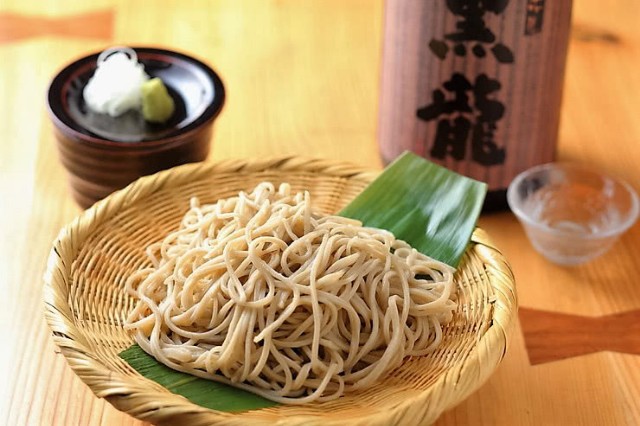 Soba noodles are a long, thin noodles made from buckwheat flour that have been eaten in Japan for centuries. They have a shape and size similar to spaghetti, but a nutty flavor from the buckwheat, and can be found at most Japanese restaurants. Soba can be enjoyed as “kake soba” in a hot soup broth or chilled and served as “zaru soba” or “seiro soba” on a bamboo basket for dipping into a concentrated noodle dipping sauce.Browse soba restaurants in Japan 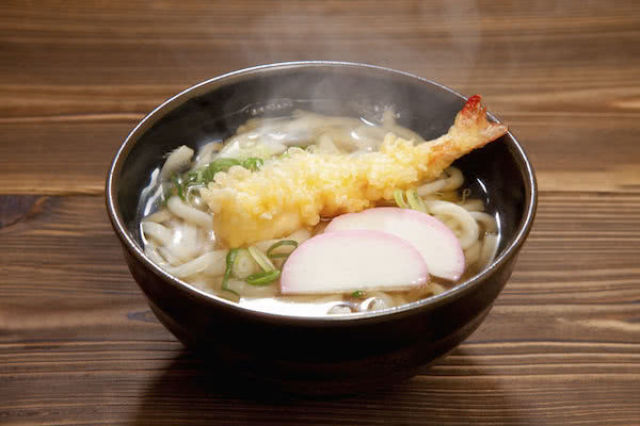 Another type of noodle that has been enjoyed in Japan for centuries, udon noodles are thick white noodles made from wheat flour. They started as a traditional food eaten on formal occasions but from the 1600’s became an everyday food in Japan. Udon has a dense and chewy texture and like soba noodles can be eaten hot or cold.Browse udon restaurants in Japan 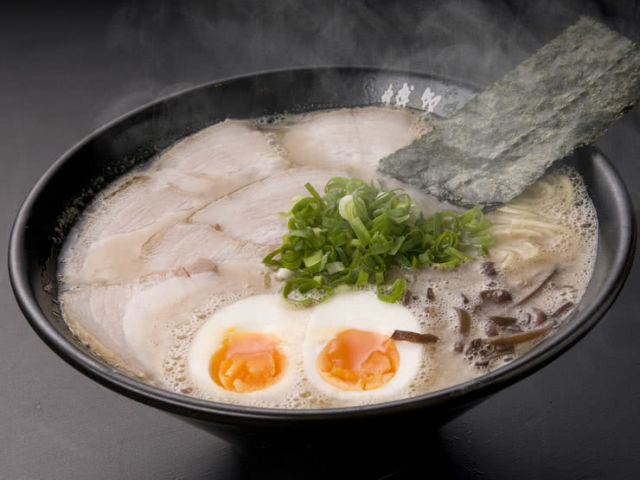 Ramen is a popular item on Japanese food-to-try lists. It is a noodle soup that first came to Japan via China, but it was the Japanese who invented instant ramen in 1958, the quick and cheap staple food now found in over 50 countries. In recent years, however, more and more fresh ramen shops have been opening up outside of Japan. While outside of Japan, Hakata-style (pork bone broth) ramen is one of the most ubiquitous types, within Japan there are scores of regional varieties to be found. These range not only in flavor (salt, soy sauce, miso, etc.) and soup broth (i.e., pork, chicken, beef, seafood), but also in noodle type (long, thin, and straight versus thick and wavy), noodle texture (from soft to al dente), richness of the soup (fatty “kotteri” ramen versus refreshing “assari” ramen), and toppings (char siu pork, corn, bamboo shoots, and more). Be sure to check out a shop while visiting to Japan to get a taste of the local ramen offerings.Browse ramen restaurants in Japan 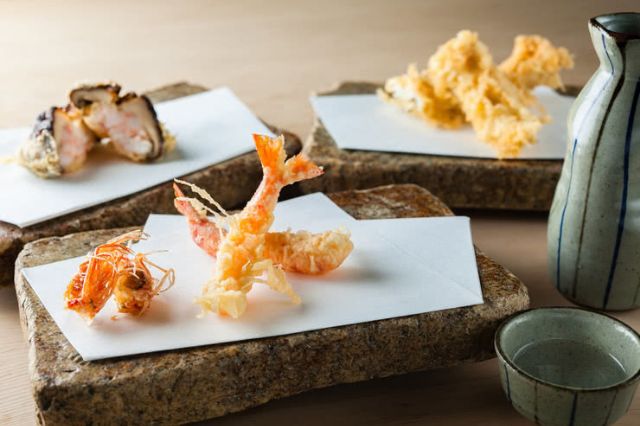 Tempura is a dish of battered and deep fried fish, seafood, and vegetables. It was invented sometime in the 16th century, when Portuguese merchants and missionaries introduced the cooking technique of deep frying in oil to Japan. There are two main styles of tempura: Kansai-style tempura, from the west of Japan, which features primarily vegetables deep-fried in a neutral flavored oil; and Kanto-style tempura, from east Japan, featuring both seafood and vegetables deep-fried in sesame oil for a more golden color. Tempura is often eaten either dipped in salt, or with a soy sauce-based dipping sauce called tentsuyu.Browse tempura restaurants in Japan 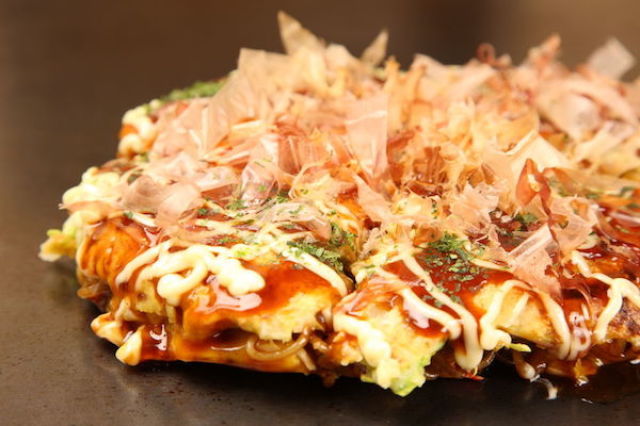 Okonomiyaki is a type of savory Japanese pancake from Japan’s western Kansai region, and is considered by many people to be the “soul food” of Osaka. It was invented following the post-war period as a way to stretch a meal with a few simple ingredients like flour and cabbage. Common ingredients include thinly sliced pork belly and tenkasu (crunchy tempura bits), as well as yakisoba fried noodles in some regional variations. The okonomiyaki pancake is topped with a thick and savory okonomiyaki sauce Japanese mayonnaise, aonori powdered seaweed, and bonito fish flakes after cooking.Browse okonomiyaki restaurants in Japan

With everything from hole-in-the-wall standing soba joints to multi-course kaiseki meals, Japan is paradise for foodies. Although it’s easy to get stuck on your favourite food, it’s worth trying a range of dining styles, for a diverse insight into Japanese cuisine and culture. For the best guide to food in Japan, browse Savor Japan’s restaurant listings.
Disclaimer: All information is accurate at time of publication.